The new President of the EU Commission, Ursula von der Leyen, wants to make Europe the first climate-neutral continent by 2050. Electromobility could contribute to achieving this goal. In contrast to conventional combustion engines, the electric drive emits neither carbon dioxide nor carbon monoxide or nitrogen oxides locally. The use of electric vehicles in urban areas can therefore result in a significant improvement in air quality. It also offers a chance to significantly reduce dependence on fossil fuels.

In Germany, electromobility is already gaining momentum as a result of subsidy programmes at federal and state level, requirements for municipalities and companies to comply with carbon footprint limits and impending driving bans. The mobility behavior and environmental awareness of citizens has also changed, as shown by the results of the last European elections and current polls. The demand for electric vehicles is increasing – and so is the supply of suitable models.

Having a suitable charging infrastructure in place is a key factor driving the success of electric vehicles. Only if a nationwide charging infrastructure is available will people make the switch to e-vehicles in larger numbers. Although most journeys by car are short, the possibility of covering longer distances is an important criterion for many people. Thanks to comprehensive funding programmes on the part of the Federal Government, things are progressing rapidly, as reported by the Federal Association of the Energy and Water Industries (BDEW): Around 17,400 public charging points in Germany were recorded in the BDEW charging station register at the beginning of April – 12 percent of which were “fast” chargers. At the end of July 2018, the figure was still around 13,500. This is an increase of more than 3,900 charging points – about 30 percent within eight months. However, taking into account the forecasts for electric vehicles registered in the future, the infrastructure network will have to be greatly expanded in order to keep pace with the rising demand for charging stations.

One way of guaranteeing safe operation of publicly accessible charging points is the German Charging Column Ordinance adopted in 2016. To ensure interoperability, this Ordinance defines minimum technical requirements: normal and rapid charging points in alternating current operation are to be equipped with the standardized type 2 connectors and in direct current operation with Combo 2 connectors (or Combined Charging Systems, CCS). CCS is an established charging system in Europe, the USA, Korea and other automotive markets. But charging points still come in a variety of designs in terms of structure, type of charging circuit (single- and three-phase alternating current and direct current), charging device (normal household socket, CEE socket, wall box, charging column), charging current and charging capacity. In summer 2017, the first ordinance to amend the Charging Column Ordinance was passed in order to further improve user-friendliness. This means that access to public charging points is also possible for users who have explicitly not entered into a current contract (e.g. subscription) with the operator.

Confusion in the pricing jungle

The first question users of public charging stations will have to answer is: How much is it to charge my car and how am I getting billed? There are currently different models in place. The simplest method would be billing according to kWh, but this is only possible in accordance with the new Weights and Measures Act (MessEG). To comply with the Act, installing a meter that conforms to calibration law isn’t enough. Section 5 of the Act states that all regulations for measuring instruments have to be applied in the same way to auxiliary equipment as well. Similar to conventional refuelling, the law requires the charging process to be transparent so that consumers can verify the amount of electricity received.

But in contrast to refuelling at the service station, billing at charging points is usually carried out electronically. Which means that there is also the issue of data security to be considered. For invoicing, the recorded values must be transmitted to the back-end system using a method that is tamper-proof and enables users to validate the figures. Only when not just the recording of charging amounts but the entire billing process is in compliance with calibration law can a type examination certificate be issued by the Federal Physical-Technical Office. More and more manufacturers are now retrofitting their charging stations accordingly. However, in the foreseeable future this will only be possible for charging columns using alternating current. For fast-charging columns that rely on direct current, hardly any manufacturer offers a direct current meter that conforms to calibration law and is available in sufficient quantities.

During a transition period that ended on April 1 of this year, billing based on time unit or lump sums was possible without requiring conformity assessment by the weights and measures authority. The Federal Ministry of Economics has issued a transitional regulation to prevent decommissioning of charging points. This has given operators the opportunity to extend the deadline – but the competent weights and measures authority has to agree to the retrofitting plan.

This short review shows that a variety of different billing models are currently in place on the market – per kWh, per minute or based on lump sums. If one now also considers the tariffs offered by charging point operators which grant discounts for monthly fixed amounts, plus different roaming networks, then even the most committed early adopter will get confused and frustrated.

Referring to the experts to keep on top of things

This is the point where support from external experts may be useful: In cooperation with its partners, TÜV Rheinland Consulting has developed an overall concept for the construction and operation of a charging infrastructure. In this concept, suitable technologies are identified and georeferenced data is collected in order to find suitable locations. Rapid development of an operator- and user-friendly infrastructure is desirable in any case. All parties involved should pull together so that climate-friendly forms of mobility can continue to gain momentum. 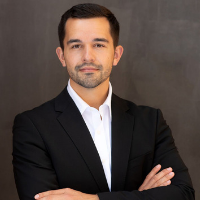